“Verani Realty Reindeer” Raise over $11,000, Spend 24 Hours at the Pub for Local Children 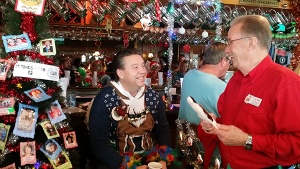 UPDATE (1/11/18): We're proud to announce that the Verani Realty Reindeer successfully raised over $11,000 for this event! The headline and text below has been updated to reflect this new total.

If you were in the Lakes Region last Thursday, you may have heard the pawing of the hooves of the Verani Realty Reindeer team coming from Patrick’s Pub & Eatery during their annual 24-hour barstool challenge, Pub Mania. Verani agents and staff manned the bar for 24 hours to raise money for the Greater Lakes Region Children’s Auction, which is a nonprofit that helps community organizations in the Central New Hampshire region. Pub Mania has become a banner event during the nonprofit’s annual week-long auction. The Verani Realty Reindeer raised over $11,000 throughout the year with a variety of creative fundraising events, including a haunted house, yard sales, ice cream socials, an auction, and a pancake breakfast at their Belmont office.

Founded in 2009 and billed as “the World’s Greatest Barstool Challenge,” Pub Mania involved 31 teams and 744 “culinary athletes.” Participants passed the time with a series of themed events, including limerick hour and karaoke, and live entertainment from local bands. This year the event raised a record $303,630, beating last year’s record of $276,267 by more than $27,000.

The auction was held throughout the week at the Belknap mall, and ended with a finale on December 8 when several dozen people joined co-owners of Patrick’s Pub Allan and Jeff Beetle for the big reveal of Pub Mania and total auction results. A black tarp covering a large plastic novelty check was removed, and there were gasps on the auction set as observers saw that Pub Mania had smashed its’ previous record. In total, the Auction raised $539,153 – a record amount.

Thank you to everyone who participated in Pub Mania this year and who supported our Verani Realty Reindeer! We’re already looking forward to next year. 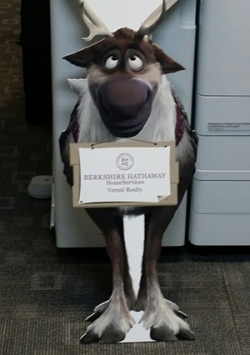