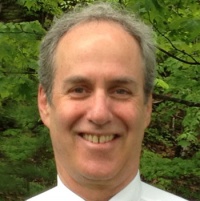 There was no envelope mix up at the annual Ozzie awards held by Berkshire Hathaway HomeServices Verani Realty (Verani), and Andover resident Ricker Miller walked away with the award for being the company’s #1 top producing real estate agent. Miller primarily works out of Verani’s Moultonborough office and has been working in real estate in the Lakes Region for nearly 30 years.

Miller said that over the past year he saw the market changing, and he shifted the way he pursues his business, helping him achieve continued success. He also appreciates the business of his many returning customers.

“I also appreciate the large number of clients and customers who have chosen to work with me repeatedly through multiple transactions over the years,” said Miller.

The annual Ozzie awards are a way to honor Verani Realty Founder Osvaldo Verani (who was known as Ozzie to all) as well as recognize agents who have achieved a high performance level as determined by gross commission income (GCI). The award statue was originally designed and created by Patricia Verani, Osvaldo’s wife and a noted local artist, and it is the same statue that is given out to award winners today.

Originally from Vermont, Miller has lived in the Lakes Region since the early 1980s. The area was a natural fit since he is an avid skier and sailor. He has been in business in the Lakes Region for 30 years and specializes in the luxury home market and lake front/lake access vacation homes. He is a Certified Buyer Representative and a graduate of the Real Estate Institute. He joined Berkshire Hathaway HomeServices Verani Realty in 2014 and found it was a good fit for its broad-based marketing strategies, global focus on real estate sales, and a model of excellence.

“Ricker is a key part of our Moultonborough team, and he is known for bringing invaluable experience and knowledge to every interaction with his clients and customers,” said Giovanni Verani, president of Verani Realty. “We’re proud of Ricker’s performance and were happy to present him with this award.”

The Ozzie award is the latest in his extensive track record of being consistently ranked among the top performers in the region and the state. His past awards include: #1 agent in Central New England for Century 21 in 2011; #1 agent in the State of New Hampshire for 2010 and 2011; repeated rankings among the top four Century 21 agents in the State of New Hampshire from 1999 to 2011; 10 years of being a Centurion award winner for consistent high sales production; and the National Honour Society Award.

To contact Miller or to learn more about local neighborhoods, marketplaces and the intricacies of buying and selling, or beginning your real estate career call 603-455- 7705, email ricker.miller@verani.com or visit verani.com.